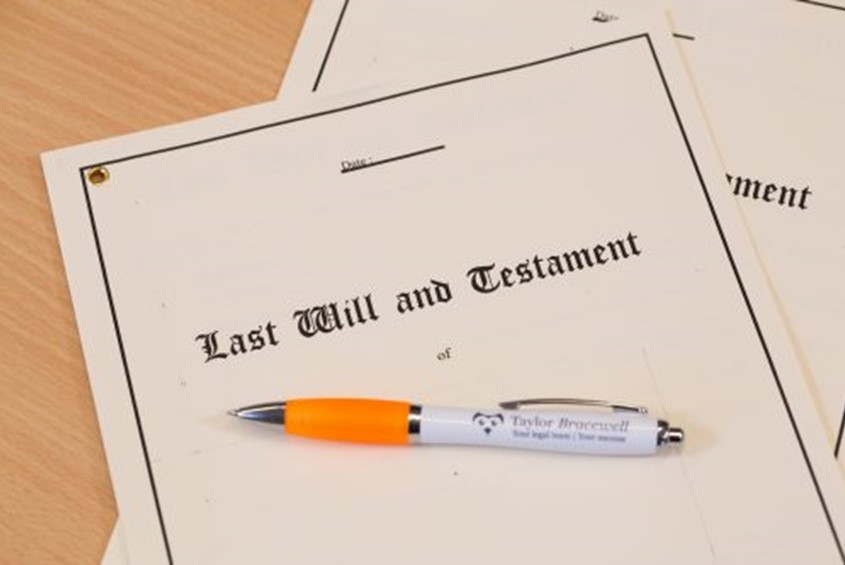 Whether or not you are a fan of Coronation Street, I am sure most of us have seen the headlines of one its most recent storylines, focusing on male depression and suicide. As part of the storyline one of Coronation Streets most loved characters ‘Aiden Connor’ committed suicide whilst neither his family or friends were even aware that he had been suffering from depression.

In a turmoil of events, a copy of Aiden’s ‘Last Will and Testament’ was found at his flat, within which he leaves a legacy of his share in the knicker factory, Underworld, to his co-worker Alya Nazir.  However, at the time of writing his Will, Aiden only owned a mere 18% of Underworld, but at the time of his death, he owned 100%, the remaining share having been gifted to him by Carla Connor after he had given her life by donating to her one of his kidneys.

Upon discovering the Will, Aiden’s family are keen to keep things under wraps and sought legal advice from Lawyer, Adam Barlow who advised them to contest the Will by stating that Aiden was not of sound mind at the time of making his Will.

The legal definition of ‘sound mind’ is having the capacity to think, reason and understand for oneself which means that Aiden needed to: -

The fact that Aiden’s assets increased from the date he signed his Will to the date of death is irrelevant, provided he could understand the extent of his property at the time he signed his Will.  A change in personal circumstances or assets is a significant reason to always review your Will and update where necessary.

The Connor family are alleging that Aiden was not of sound mind at the time he signed his Will and so did not have the capacity to make such a Will. Will they have sufficient evidence to support their claim?  Will Alya be able to defend their claim and prove that Aiden did have sufficient capacity? Who will be the Queen of the factory…Carla Connor or Alya Nazir……we’ll have to keep watching to find out!

If you are having a dispute over a Will or to make a Will call Lauren Smith on 01302 341414 or email: Lauren@taylorbracewell.co.uk