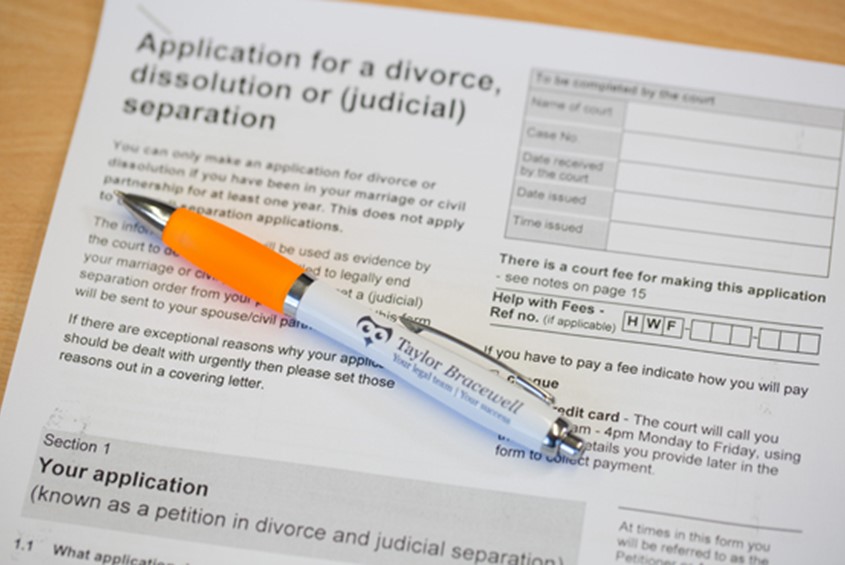 Tini Owens has been refused a divorce by the highest court in the land, the Supreme Court. The court did not consider the allegations of unreasonable behaviour in the Divorce Petition to be at a level sufficient to demonstrate that the husband had behaved in such a way that Mrs Owens cannot reasonably be expected to live with him. She must now remain married at least in name until 2020 when she and her husband will have lived apart for a period in excess of 5 years. At that time, she will not require his consent or co-operation to secure a divorce.

The Court's decision was said to have left Mrs Owens feeling ‘devastated’ and ‘unable to move forward with her life’- her solicitor stated.

Lady Hale, Supreme Court President said she found the case 'very troubling' but said 'it is not for us to change the law laid down by parliament - our role is only to interpret and apply the law that parliament has given us'.

The Family Law Group, Resolution intervened in the case. Nigel Shepherd a former chairman, said: 'Whilst the Supreme Court has, reluctantly, applied the law correctly, the fact that they have done so confirms there is now a divorce crisis in England and Wales, and the government needs to take urgent action to address it.

'In this day and age, it is outrageous that Mrs Owens - or anybody - is forced to remain trapped in a marriage, despite every judge involved in the case acknowledging it has come to an end in all but name. Today’s judgment underlines just how vital it is that government now urgently reforms the divorce law.'

Mrs Owens had been contemplating a divorce since 2012 but did not leave the matrimonial home until February 2015. She alleged the marriage between her and Mr Owens had broken down irretrievably and he had behaved in such a way that she could not reasonably be expected to live with him. Mr Owens denied the allegations about his behaviour and refused to agree to a divorce. He said that if their Marriage had broken down irretrievably it was because she’d had an affair, or because she was “bored”.

Lord Wilson, along with Lord Hodge and Lady Black agreed, and said 'there was no denying that Mrs Owens' appeal generates uneasy feelings'. However, he said 'uneasy feelings are of no consequence in this court, nor indeed in any other appellate court'.

Lord Wilson said- 'He would surely have no defence to a petition' on the basis that they will have lived apart for five years'. 'Parliament may wish to consider whether to replace a law which denies to Mrs Owens any present entitlement to a divorce in the above circumstances,' he added.

Ground for divorce and the facts that can be relied upon

When you apply for divorce you’ll need to prove that the marriage has broken down irretrievably. In order to do this, you will need to rely upon one of the following facts:

Adultery- your husband or wife has had sexual intercourse with someone else of the opposite sex.

Unreasonable behaviour- your husband or wife has behaved in such a way that you cannot reasonably be expected to live with them, this could include: acts of physical violence, verbal abuse such as insults or threats, drunkenness or drug-taking and refusing to pay for housekeeping.

Desertion- your husband or wife has left you: without your agreement, without good reason, to end your relationship, for more than two years in the past two and a half years. You can still claim desertion if you have lived together for up to a total of six months in this period.

Unless you have been separated for the requisite period, divorce is fault-based and blame is attributed to one party. This ‘blame’ often creates conflict and makes reaching an acceptable mutual agreement in relation to arrangements for children and finances much more difficult. The law relating to divorce dates back to 1973 and so arguably a reform of the law is long overdue. However, the courts have made it clear that only Parliament can change the law. Baroness Butler-Schloss a former President of the Family Division has introduced a Private Member’s Bill in the House of Lords to introduce no-fault divorce.

The campaign for no-fault divorce believes that removing blame from divorce will not make it more likely that people will separate; it will simply make it easier for people to manage their separation with as little conflict and stress as possible and also reduce the likelihood of protracted court proceedings.

It is felt that it would be much easier if people could bring their relationships to a dignified closure rather than being trapped in an unhappy marriage which can only increase conflict.

Resolution proposes a new divorce procedure, where one or both partners can give notice that the marriage has broken down irretrievably. The divorce can then proceed and, after a period of six months, if either or both partners still think they are making the right decision, the divorce is finalised. Divorce without blame was provided for in the Family Law Act 1996 but was never enacted. The Government’s own Family Mediation Taskforce recently recommended that divorce without blame should be introduced.

A no-fault process will immediately put both partners on a level footing and should reduce the burden on the family courts.  It would also help the government to meet their aim for more people to resolve their problems outside of the courts. As a trained Family Mediator, I support anything that helps people deal with family law issues in a non-confrontational and conciliatory manner.

Successive Presidents of the Family Division have also stressed the need for reform.

If you would like more information about divorce or would like to arrange an appointment to discuss please do not hesitate to contact Sharon on Telephone on 01302 341414.